The 1:44 Alcyone Portal, named after the brigetest star in the Pleiades, reused the 50 foot diameter Playa colored wall and carpet structure from the previous two years but was in a new location on the Playa at 1:44 and near the perimeter fence. Its entrance was perfectly aligned with the rising sun and it was on the side of the Playa closest to the rising sun. The 11:11 Diamond Portal Outline, originally created in 2005, was located in front of the entrance. It is a heart chakra and golden ratio based piece that is ergonomically sized for 3D acrobatics. There was collaboration with new and returning artists. Ash Tree utilized the open spaces around the wall invoking the seven chakras by winding them with yarn and ribbons in each of their colors with their Vedic symbol and meaning inscribed in the center. Vrindavan Chandra Das returned to hold tea ceremonies in the central Heart chakra bay and Lighthawk and Andrea Lee performed their sound healing ceremonies on didgeridoo, flute and drum once again.

The Quasar Wave Transducer low frequency feedback device that has been  in all of the other Portals was housed in the wall along with a full range hi fi sound system playing Tibetan bowls recorded by 33 Bowls and Tom Kenyon’s Aetherium used during a guided sound meditation. These sounds as well as the lighting were once again powered by the wind and solar dodecahedron shaped power station created by Mark Sims and Vortrex. That was surrounded by the icosidodecahedron mirror structure from the 2007 Sapphire Portal to create a space for participants to align their energy body to the evolution of the Earth’s Energy body. It happened to be located beyond MAGIC: giant letters made of metal spelling out the word.
The piece was hugely successful, creating a much needed respite from the stimulation of the rest of Burning Man for participants to meditate, do yoga and interact with each other in high vibration setting. 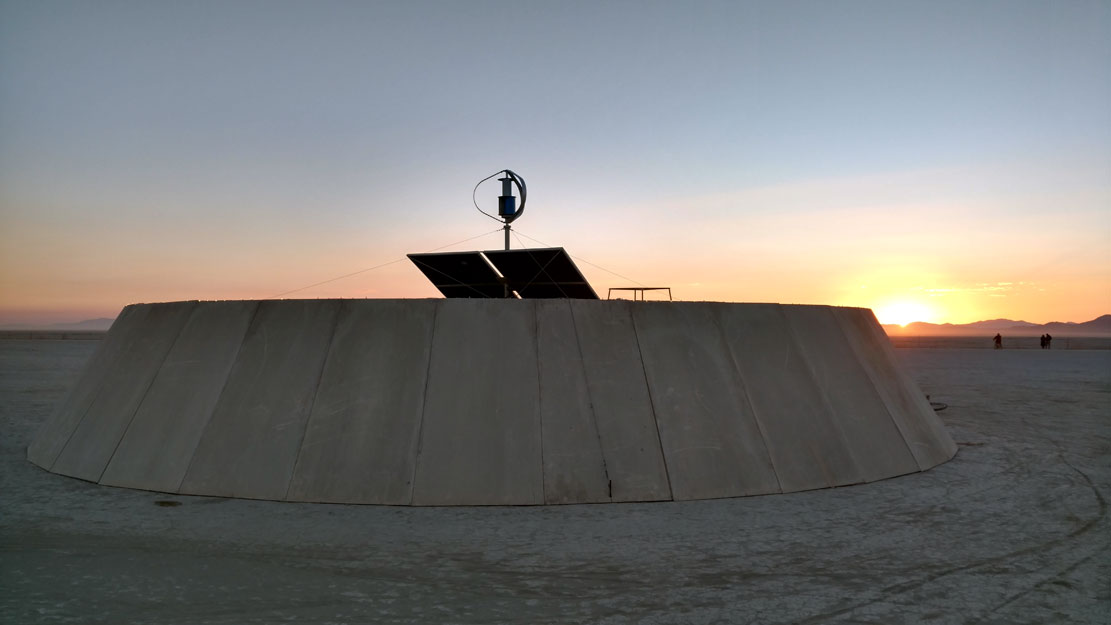 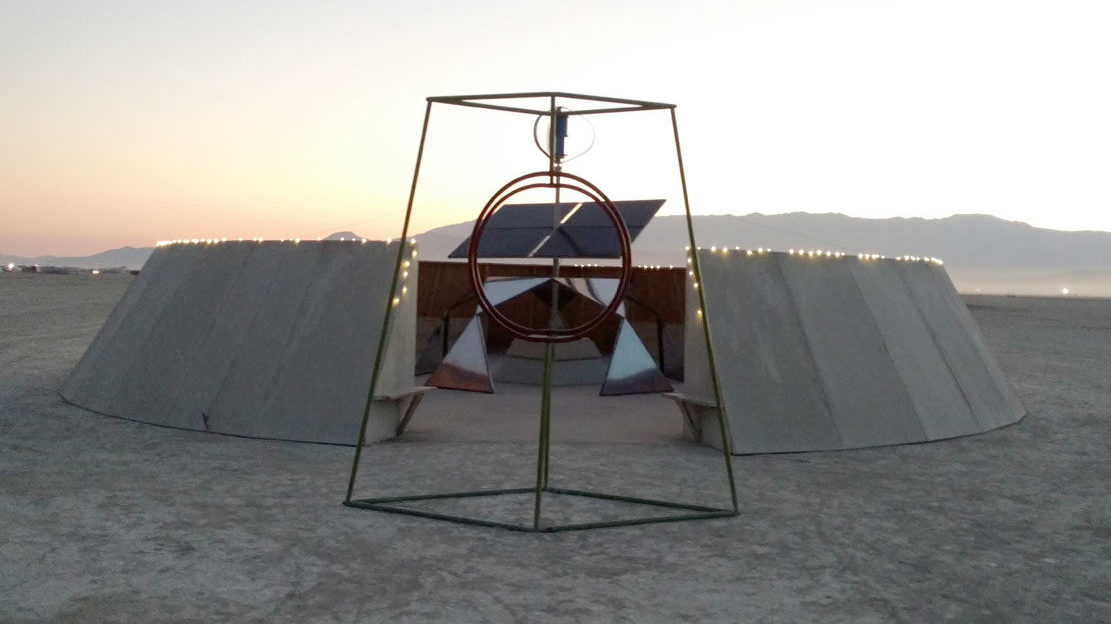 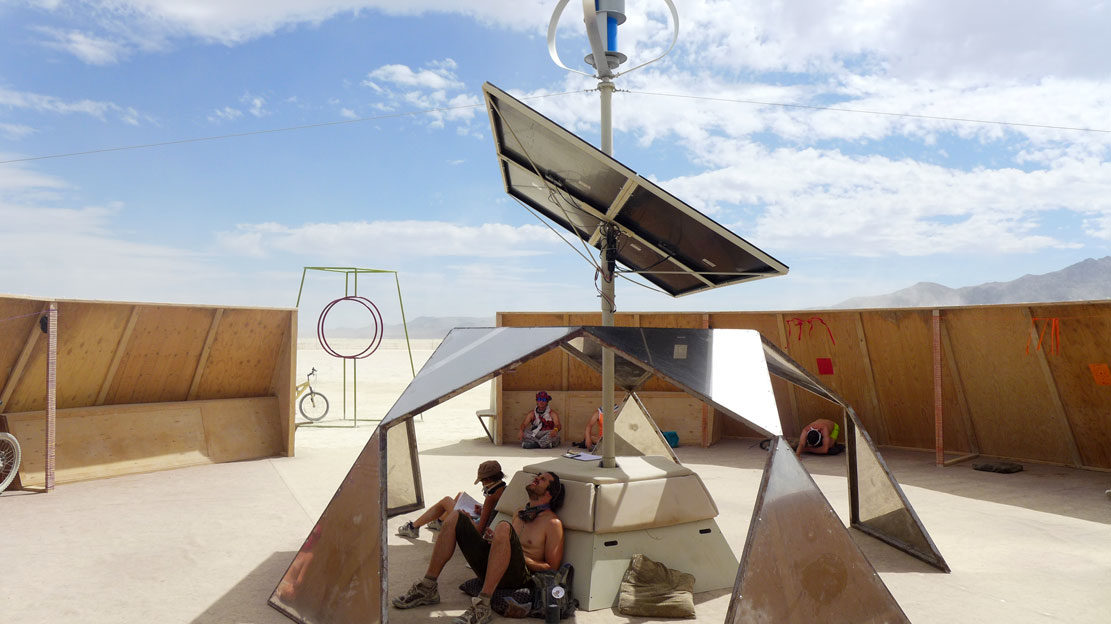 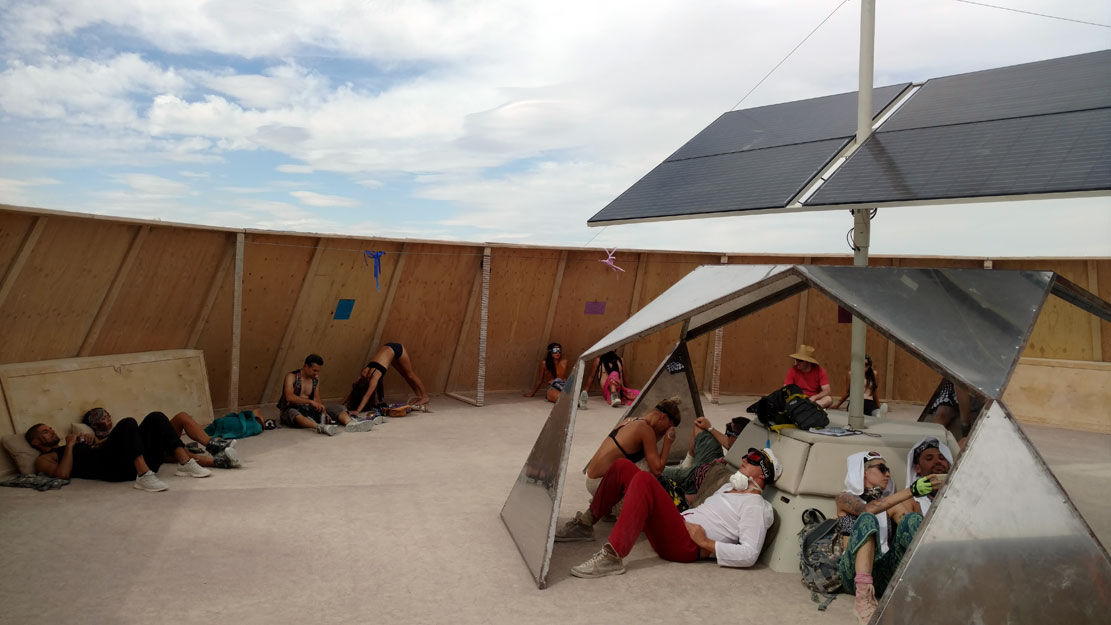 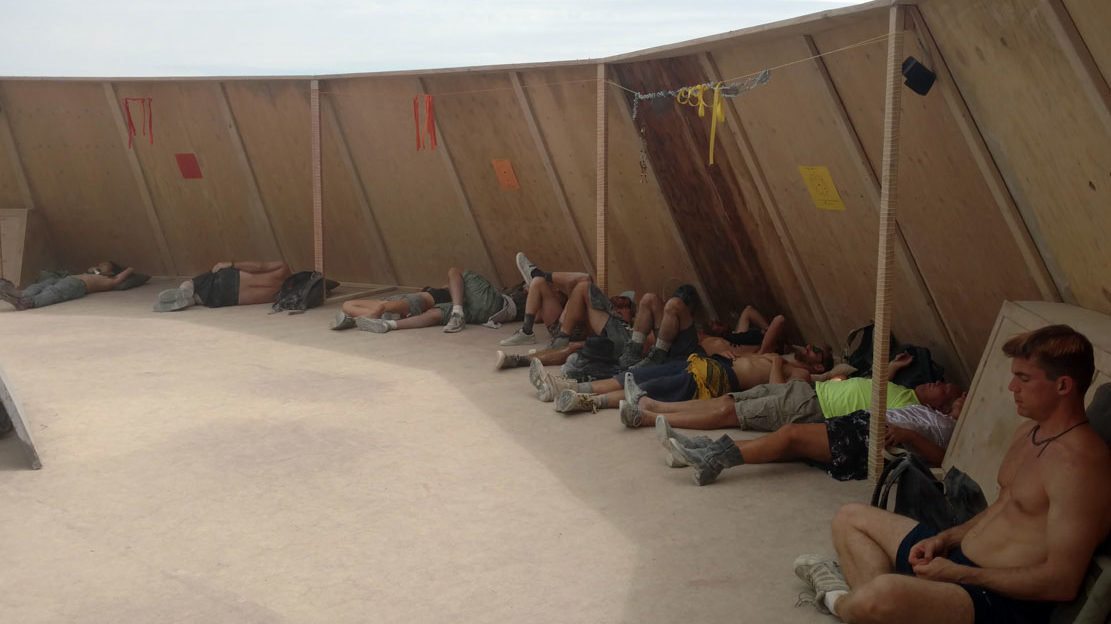 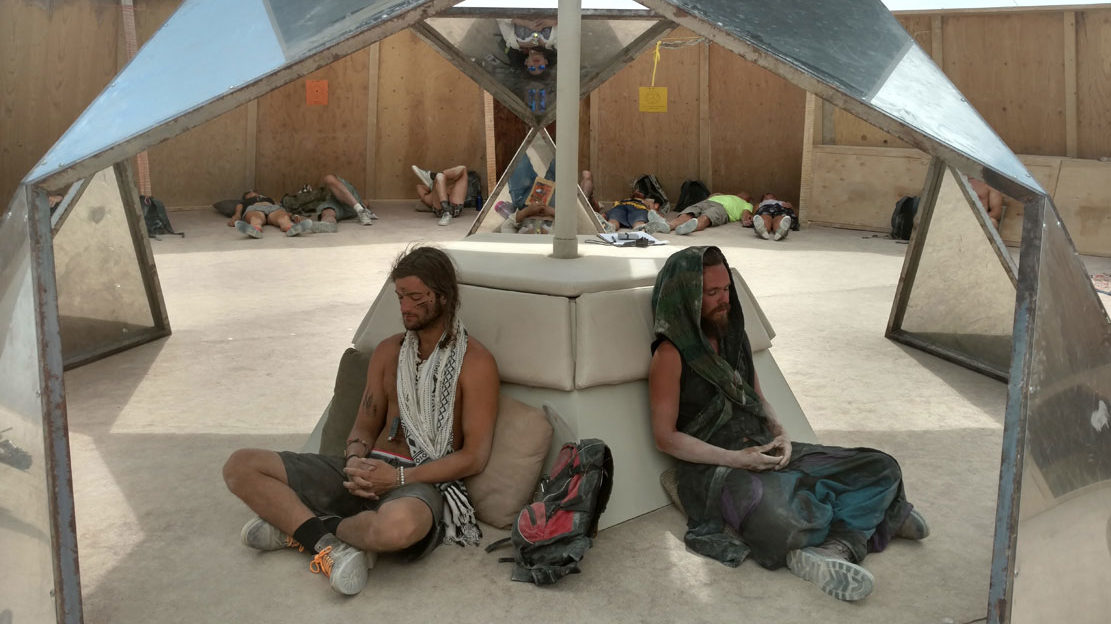 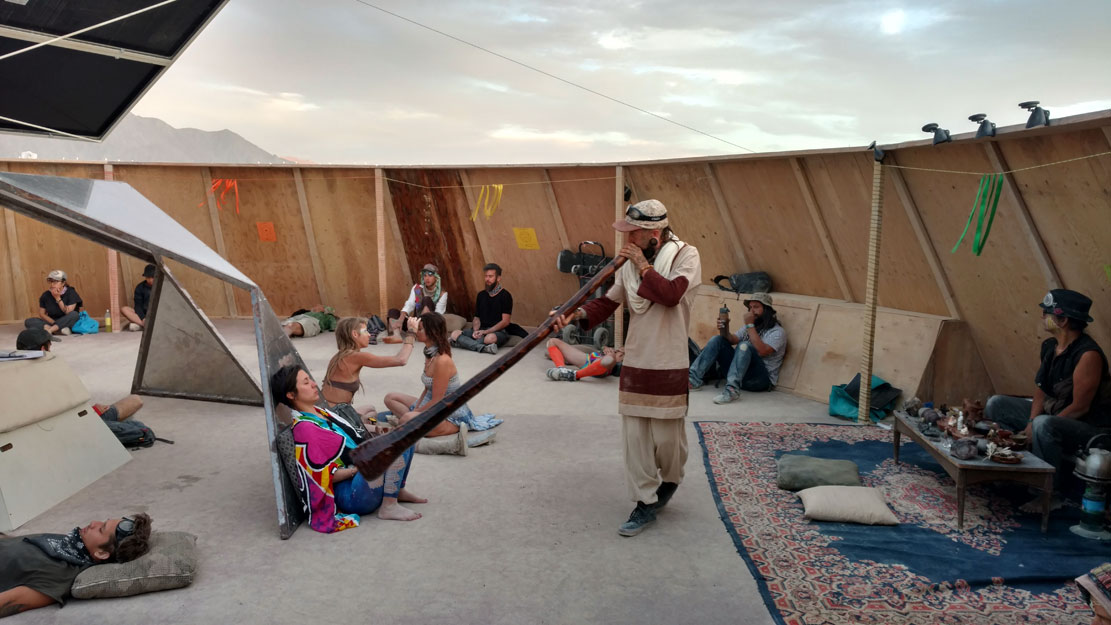 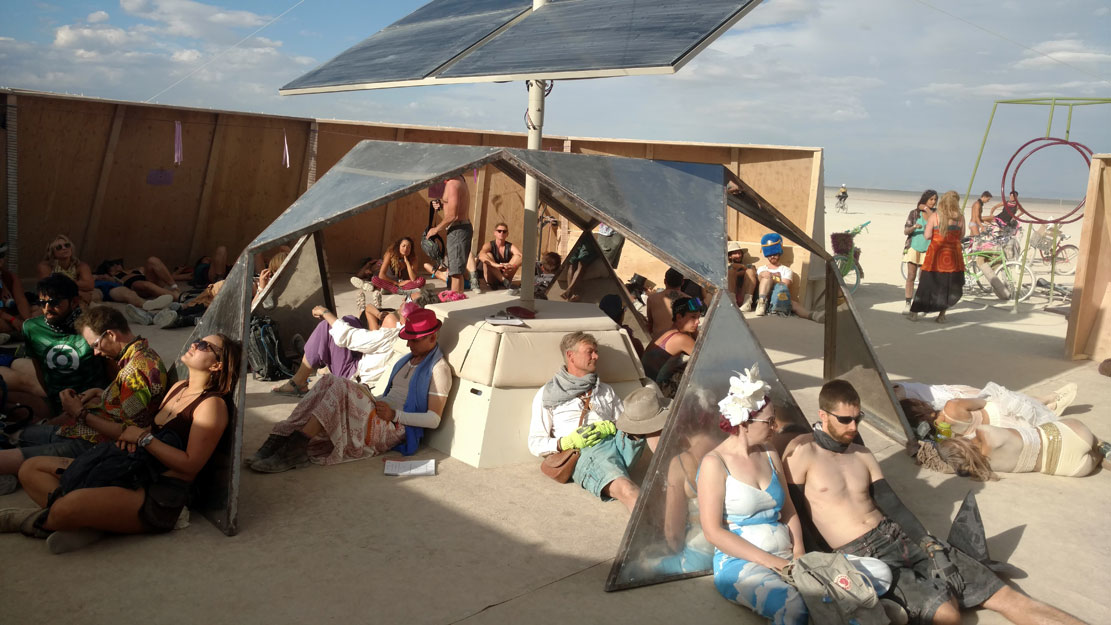 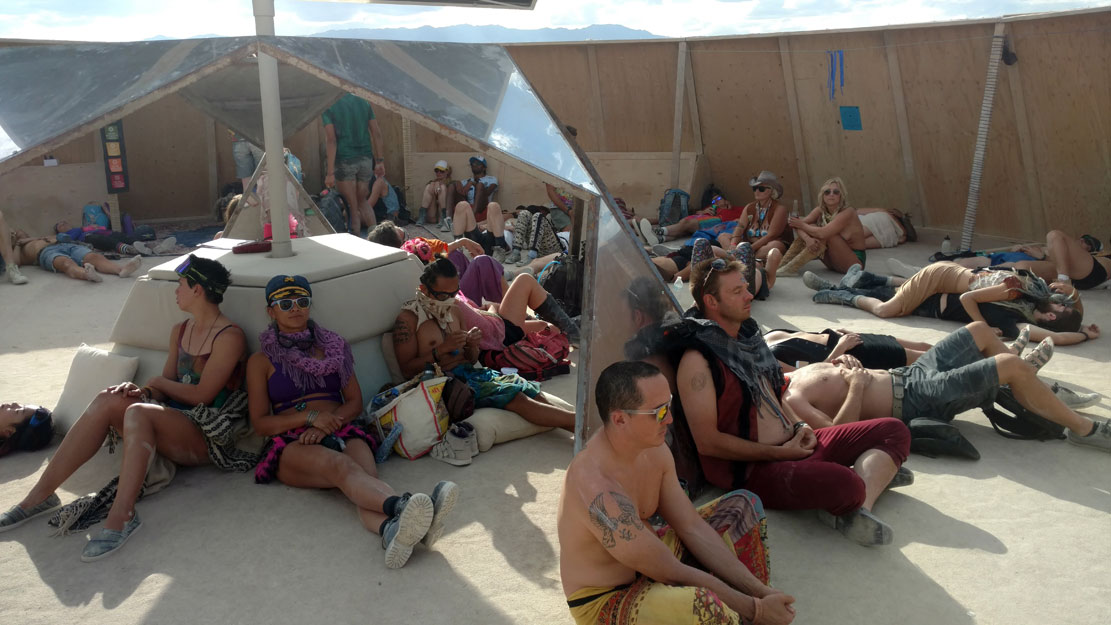 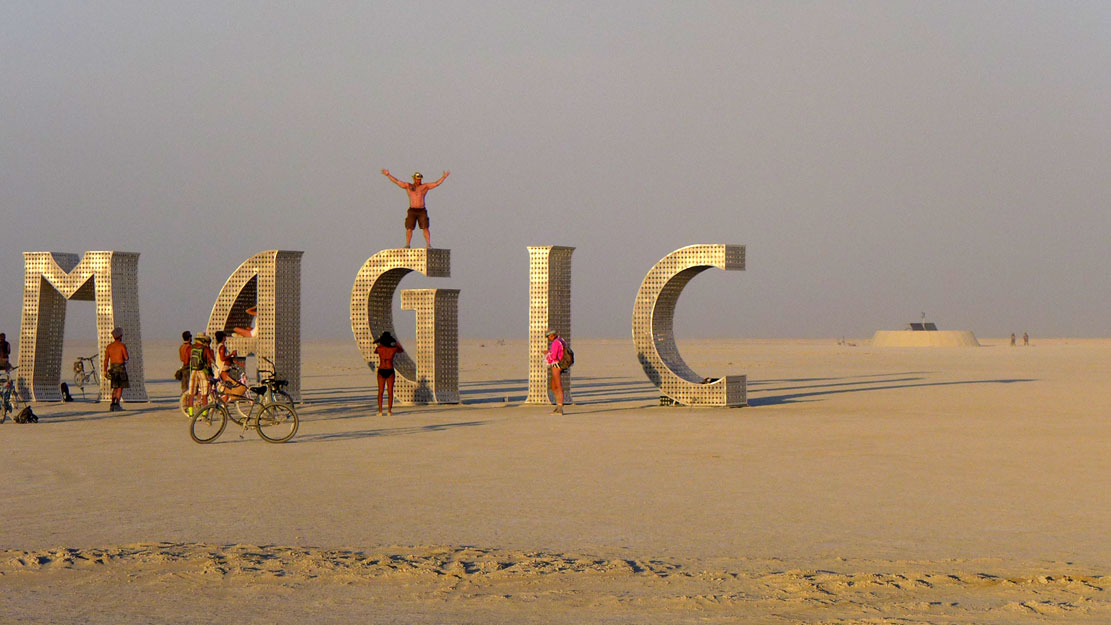