The 12:21 Turquoise Portal is based on a rhombic triacontahedron that is mentioned in the video by Drunvalo Melchizedek “Birth of a New Humanity” (click here) at 20-25 minutes, relating to the evolution of the Earth’s vibrational energy grid. It consists of 30 golden ratio rhombuses that contains both the 20 triangles of the icosahedron by crossing the rhombuses the long diagonal and the 12 pentagons of the dodecahedron by crossing them the short diagonal. It is colored turquoise to relate to the evolution of the higher heart chakra with an indigo floor connecting back to the third eye chakr a. 12:21 relates to the date 12/21/2012 that is the galactic alignment predicted by the Mayans, which is where it was located on the Burning Man plan.

Housed below the floor is the Quasar Wave Transducer, a subsonic non-linear dynamic analog feedback device that vibrates the Portal with low frequency sound vibrations in the range of the Earth’s Schumann resonance and human brain waves to activate the experience.   The first version debuted in Australia Jan. 2012 at Rainbow Serpent and went on to Earth Freq. festival and now resides where it was built in Byron Bay at Starseed Gardens. A second version was built in the U.S. that debuted at Symbiosis Pyramid Eclipse in April 2012 and toured to many more festivals including Burning Man. 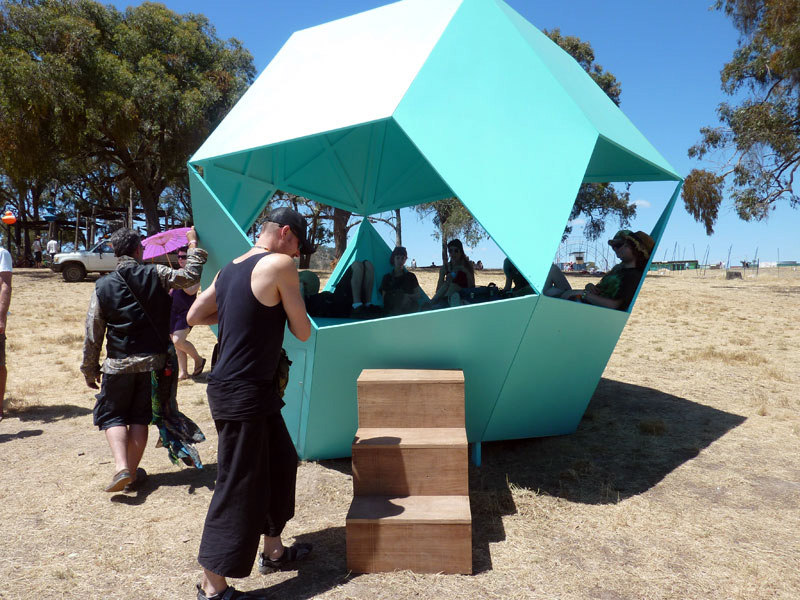 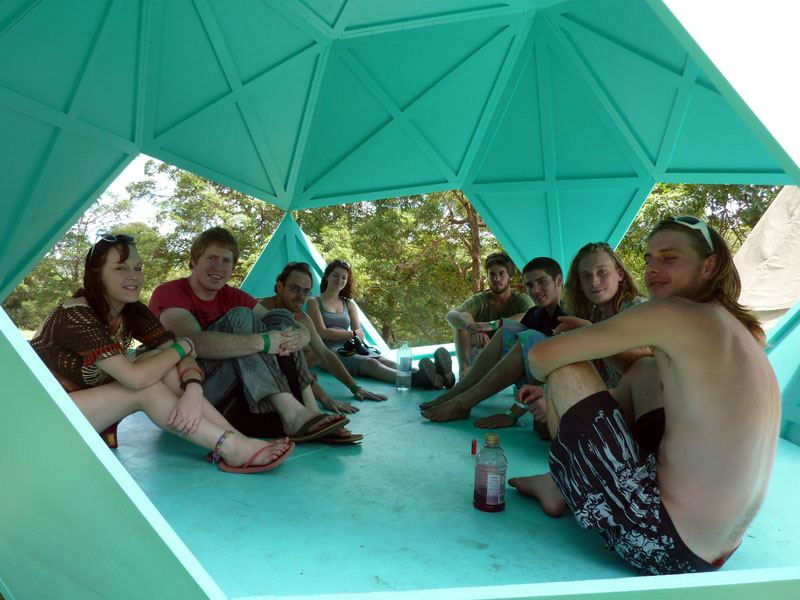 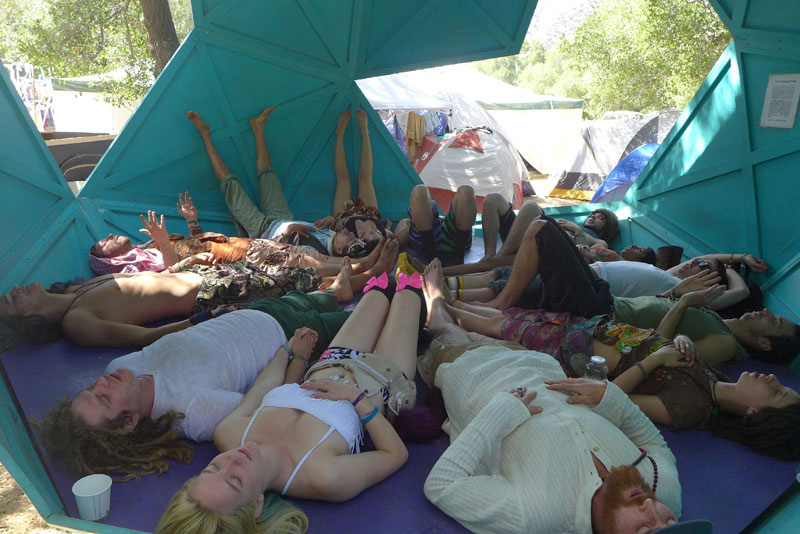 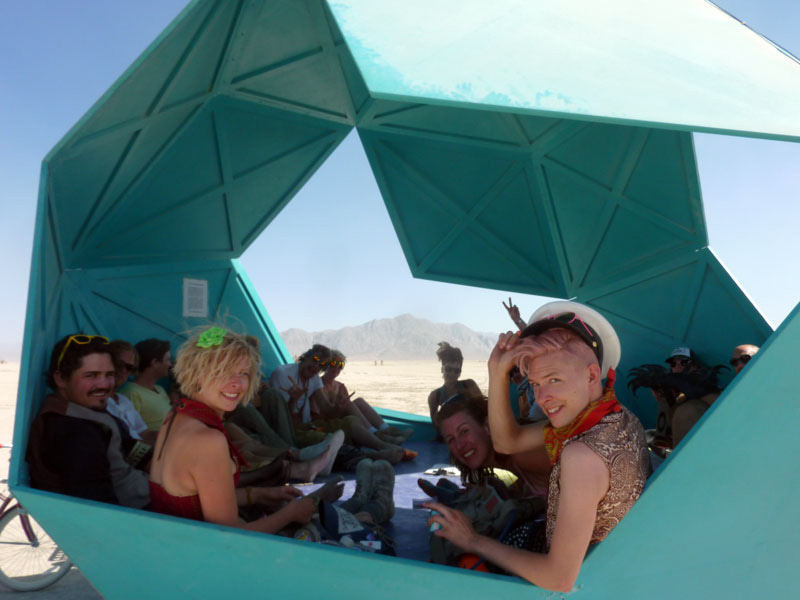 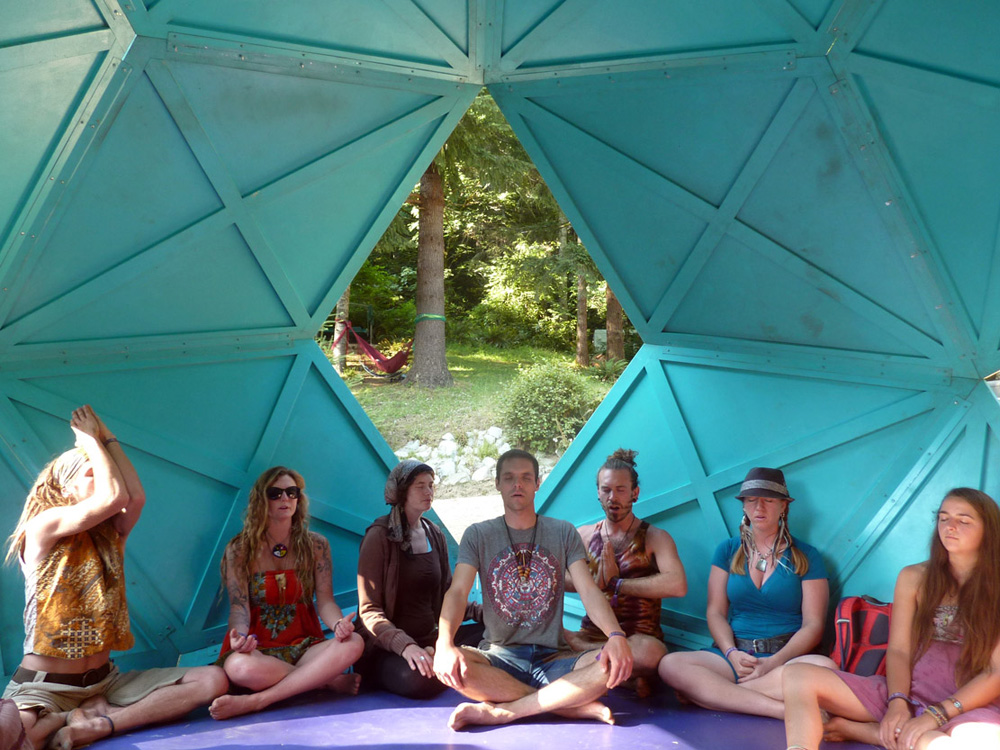 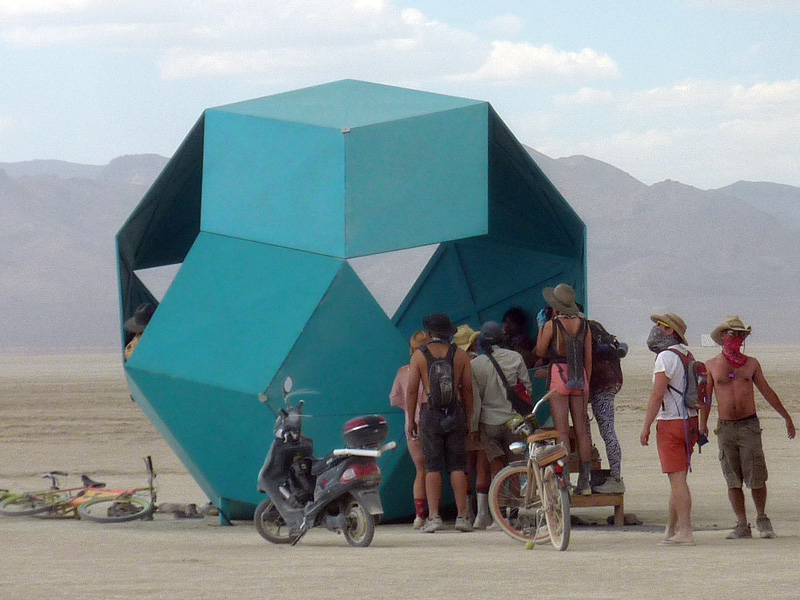 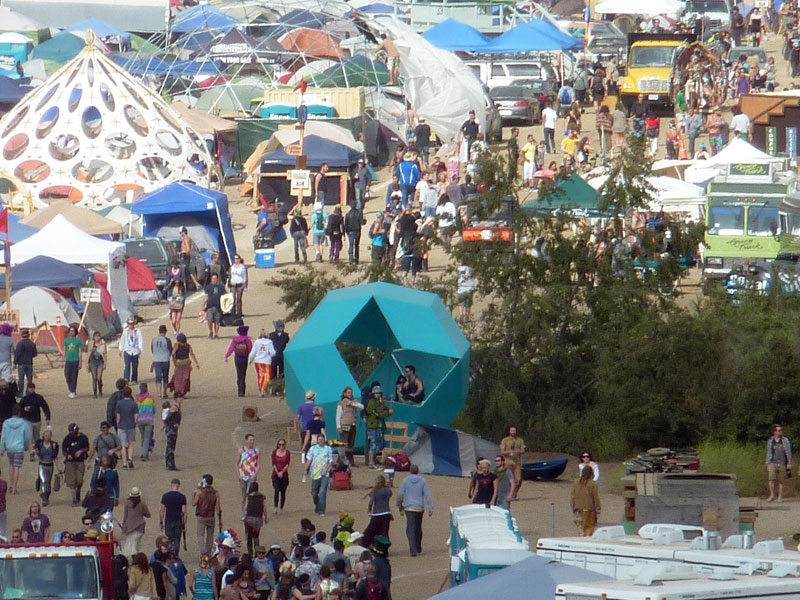 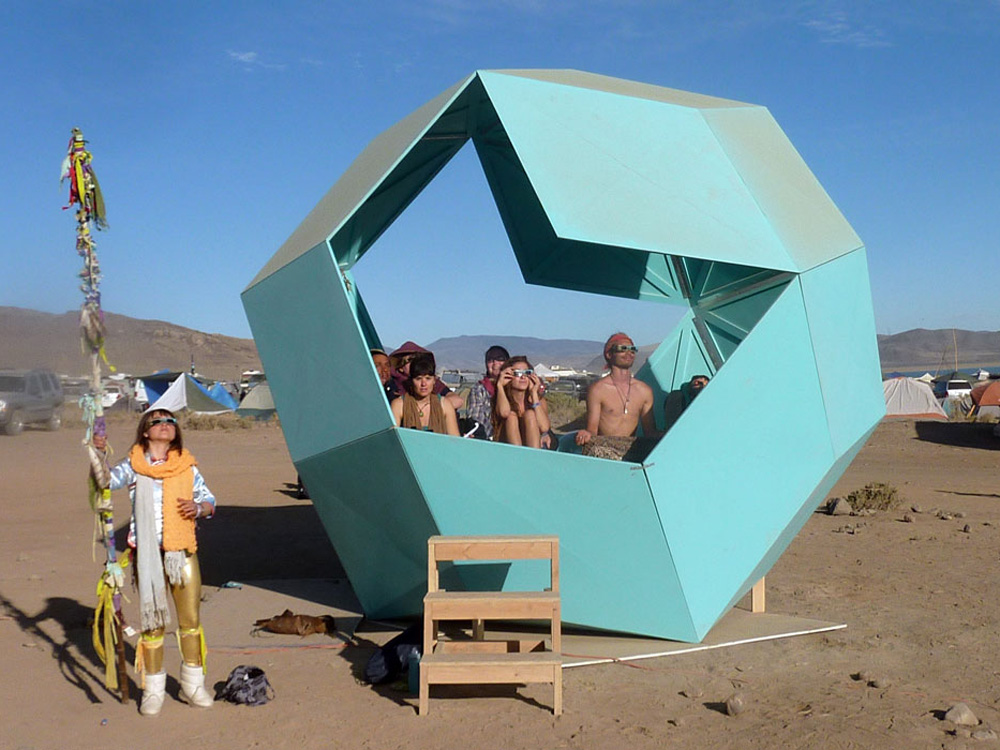