The first OctaPortal was built for the Transmutation New Years Eve party 2010 in Brooklyn, NY. It had the Quasar Wave Transducer vibrating it with low frequency feedback. That one found a home in a friend’s backyard in Brooklyn called the One Love Portal. A second OctaPortal was built in the UK for the Secret Garden Party festival in July 2010. A third one was built for the Moksha Art Fair in Miami held during the Art Basel Miami Art Fair Dec 2-5, 2010.

A fourth one was built for Burning Man 2011, went on to an evet at the Jenk Star Ranch in Green River Utah and was then purchased by the Boulder Mountain Guest Ranch in Utah. A fifth one was commissioned for a rooftop garden in LA in Jan. 2014. They are based on a meditation of an octahedron surrounding your body called the Holon Of Balance channeled from the Hathors by Tom Kenyon. 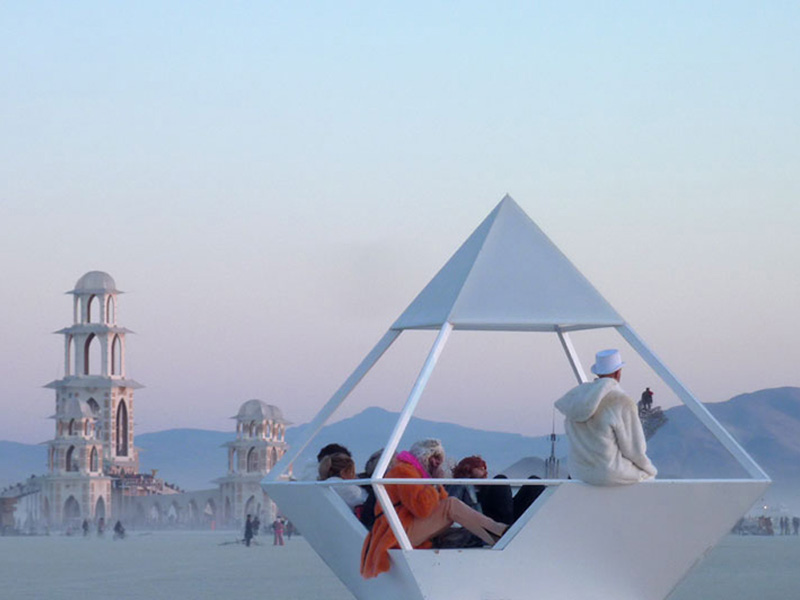 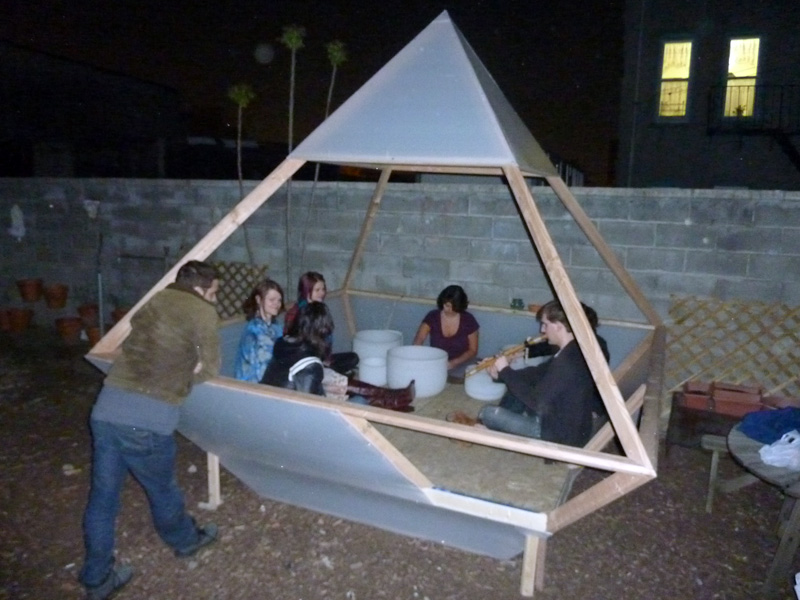 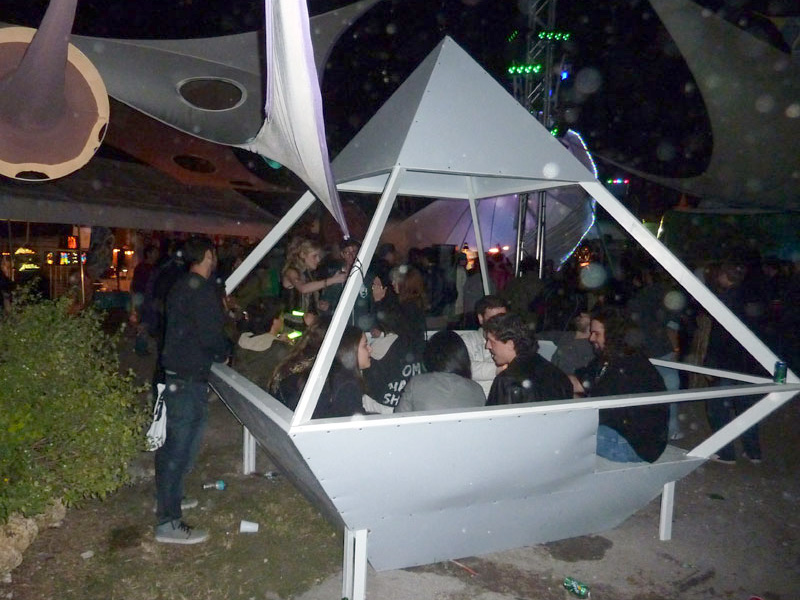 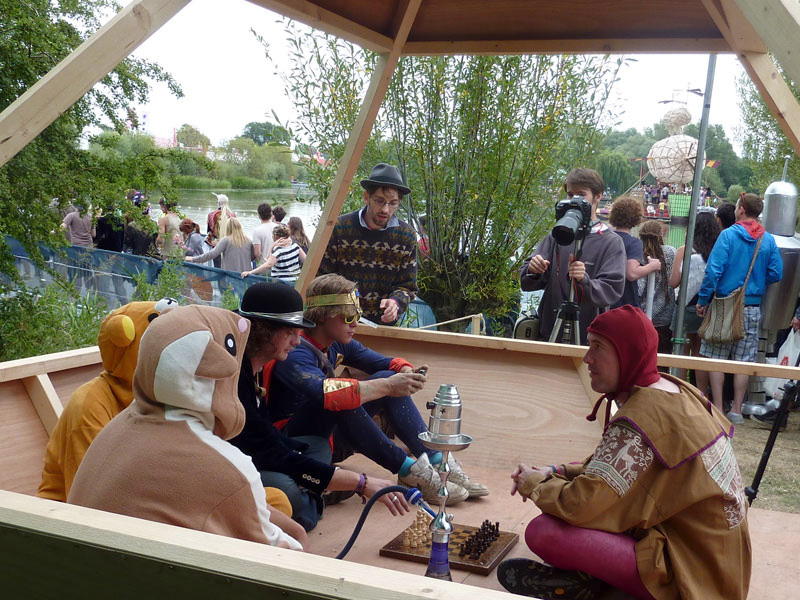 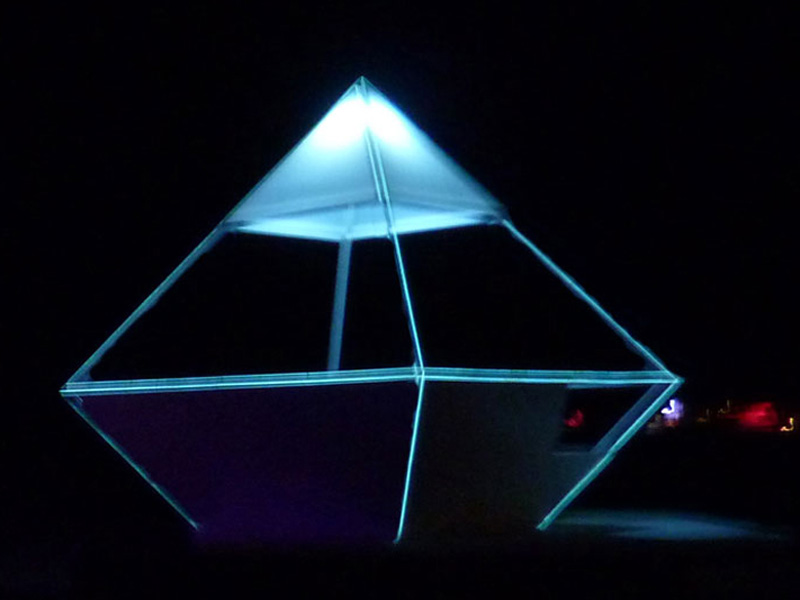 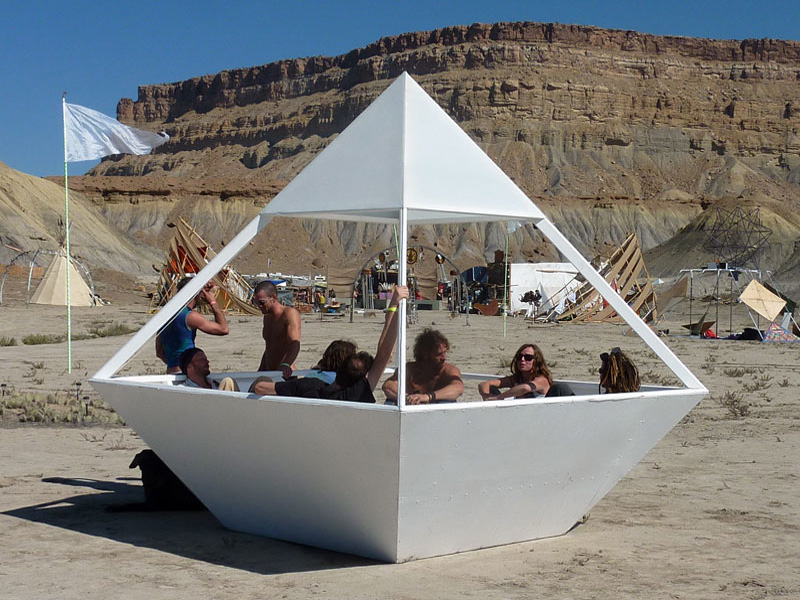 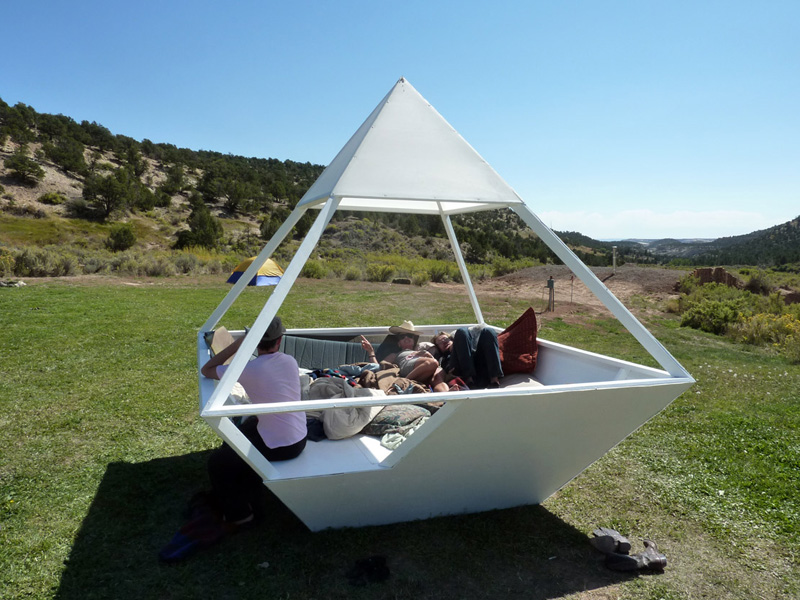 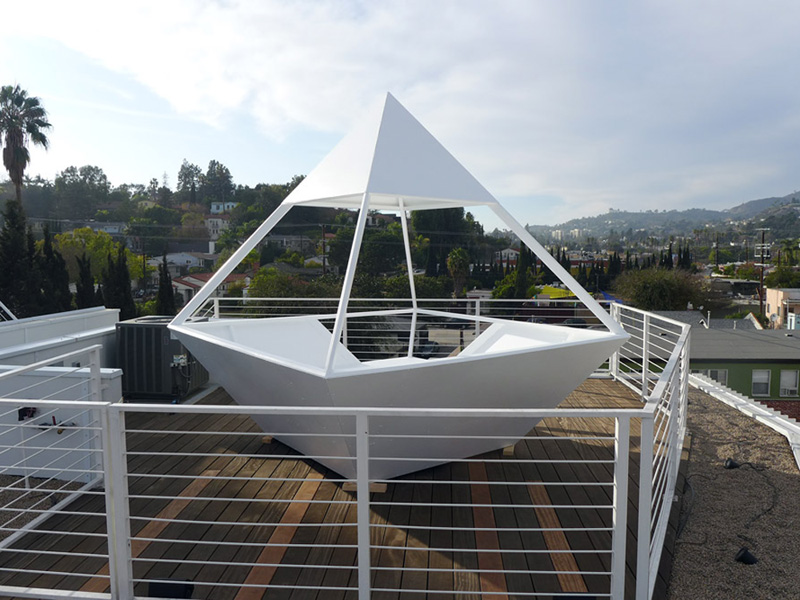